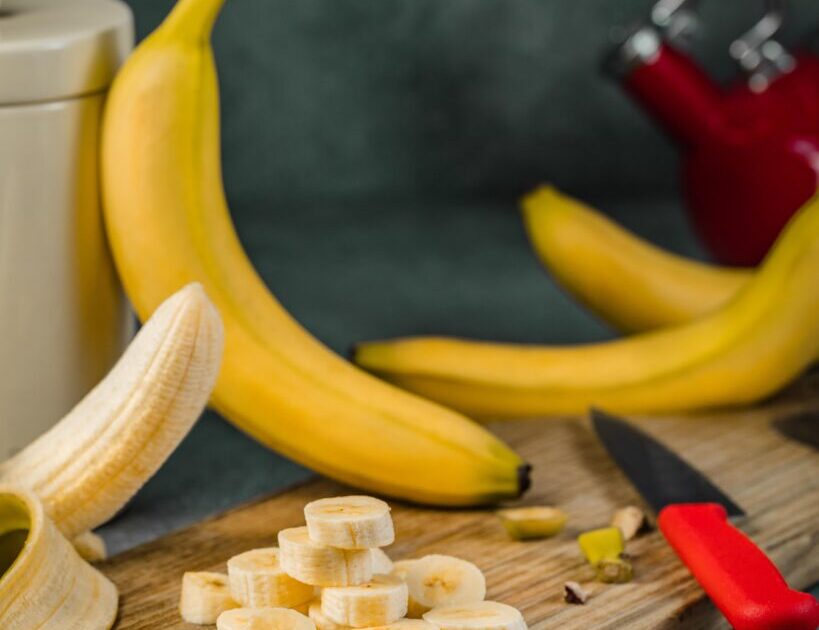 ‘’My boyfriend and I have a great relationship and have alot of fun. Also between the sheets: nothing is too crazy for us. I have been asked, very carefully, by my neighbors who live in the appartment below us, if we could be a little less noisy, but I can’t help it. I get a kick out of getting my boyfriend to scream. That’s why, that one time, it took a little while to find out that Kevin wasn’t screaming in pleasure, but in pain. It wasn’t until I saw his penis hang down in a weird kink that I knew something was up. And I mean something other than a heavy orgasm..

I’m not the slimmest, but that doesn’t stop us from enjoying each other in all kinds of ways. I have no hang ups about my body and my curves. Kevin loves me just the way I am. To be completely honest – our friends and family don’t even know this – we met on a site for men who like curvy women. And there are many men like that, despite what the media for so long prescribed as the ideal of beauty.

Kevin loves my shapes and that makes me feel good about it myself. I have no health problems, and I feel very feminine. Kevin can’t stop talking about my round hips and butt. He always tells me that my whole body feels like one big breast.

At the beginning of our relationship, it took a while to figure out how best to do ‘it’. For example, when we did it in a missionary position, his penis kept popping out because my belly got in the way. We have been working with pillows for a while. I had read in a magazine that that might work, but it was a hassle every time before we were in the right position.

That is exactly why the Cowgirl position is our favorite. I then sit on top of him, and ‘gallop’ us to a climax.

The day it happened we were on a steamy session. The sweat dripped off us. We were in the middle of a heat wave and our cries mixed with the sounds of the crowded terraces coming in through the open windows.

We had been in quite a few positions and wanted to finish it in our favorite position, where I was on top. I was extremely excited and the smoldering look in Kevin’s eyes was driving me crazy. I was frantically moving up and down, but because we were sweating so much, I suddenly slipped to the side, just as I was making a downward movement.

I heard a nasty, nauseating sound. Like a rubber band snapped really hard.

Kevin’s cries of pleasure instantly turned into something that resembled the whine of a run-down dog. I looked down, between my legs. I immediately saw that his penis was hanging weird, in a sort of “L” shape. There was blood everywhere and within seconds I saw Kevin’s penis turn black and blue. He looked weird, crumpled up. Actually not at all recognizable as a penis.

It was a grotesque, Gollum-esque creature hiding there between Kevin’s legs. Kevin himself was now rocking back and forth in fetal position, his face chalky white, and screaming for me to call the doctor. I reached for my mobile on the bedside table and looked for the number of the GP.

Luckily I had put that in my phone once when my little nephew came to stay for the weekend. At the same time, I stumbled into the kitchen to get a bag of ice cubes from the freezer to place on Kevin’s penis. I hoped that way to counteract the swelling somewhat. Precisely now the ice cubes turned out to be gone. It had been very hot the last few days, the white wine of soda’s with ice were consummated in gallons.

So instead I just picked up a pack of frozen spinach in cubes.

The GP assistant urged us to come by as soon as possible. Stumbling, I managed to get Kevin into sweatpants and into the car. With blood flowing and tires screeching, I raced my Suzuki to the emergency room at the nearby hospital. Kevin sat next to me, groaning. Dhe diced spinach wrapped in a tea towel pressed to his crotch.

In retrospect, of course, a ridiculous situation, but at the time we didn’t have time to dwell on it. Once I got to the emergency room, I parked my car on the sidewalk. Fortunately, we were immediately taken care of by the GP assistant who took us to a treatment room. The doctor on call glanced at Kevin’s penis. I saw him cringe involuntarily before he started talking as he gave Kevin a painkiller.

There is of course no bone in a penis, but it was a fracture, he said. The walls of the cavernous bodies—the part that fills with blood when a man gets aroused—were crushed by my weight. It later turned out that there was also a rupture in the urethra. That explained the popping sound, and was also the reason that the penis had become crooked and blue.

To prevent Kevin from having erectile and urination disorders from the incident, it was necessary to perform an operation as soon as possible. Kevin, however, had already had so much morphine that he didn’t care anymore. He was fine with everything as long as he didn’t have to feel that pain anymore. After the procedure, which was performed under general anesthetic, I was allowed to sit by Kevin’s bed until he came to.

Once that was done, it turned out that we had met a rather ‘funny’ surgeon. At least, I assume that he himself found it very funny to say – when Kevin had just opened his eyes – with a grin: ‘Sir, your sex operation was a success.’ Kevin couldn’t not laugh about it.

Fortunately, the surgery went well, although there were ten stitches in Kevin’s penis. How guilty I felt when I saw the poor little worm. Kevin doesn’t blame me, but every time I see his still slightly bent penis,  I’m reminded of the incident.

We joke about it now – we call his penis Quasimodo these days – but I’m a lot more careful and inhibited between the sheets.

We had to wait two months before we could even have sex again. Kevin was prescribed medication in the meantime to prevent him from getting an erection. Yet it sometimes happened, especially in the morning. That hurt, of course. Kevin often joked that I should kiss his penis better. I’ll leave it up to you if I did that.

When the day came when we could finally do ‘it’ again, we were both hesitant. Or actually that’s not the right word. “Scared to death” might be more appropriate. But never having sex again is of course not an option when you are just 27.

The first time we did it again we drank quite a bit and we weren’t too frugal with lubricant. We felt like teenagers who would lose their virginity again. We were very careful. I imagined Kevin’s penis to be porcelain. Very different from what we were used to, because normally we like the more solid work. Still, it was nice to be so intimate again.

Once we had crossed that psychological threshold, the following times were a bit more relaxed. Fortunately, this accident does not stand in our way. Not even to have children, if we want that later. I’ve done some googling, of course, and penile fractures seem to be relatively rare, although there’s a suspicion that a lot of victims don’t seek medical attention because they’re ashamed. Especially since about half of the recorded cases take place during an affair. In fact, most penis fractures seem to happen when people have sex in strange places, such as at the office, the gym, or in an elevator.

Our sex life is now back to normal. Only our favorite position – me on top of Kevin – we did not try up until now. I suggested to Kevin to go on a diet so I don’t carry as much weight when I’m on top of him, but he doesn’t want to hear about it. He loves me just the way I am and although all bodies are beautiful, he personally does not find slim women sexually attractive.

To make matters worse, Kevin loves to cook and makes all kinds of tasty things for me. I find that hard to resist. However, only my favorite sandwiches – with sauerkraut and hotdogs– I no longer eat since the accident. I don’t have the best associations with that anymore….you can imagine why.’’